If you own an older Cape Cod home, you have my sympathy. If you’re the type of homeowner who regularly tackles DIY projects, you’ve probably spent weeks chasing air leaks with a foam gun, lying on your back in a cramped attic. And there's a good chance that, in spite of your efforts, your house still suffers from ice dams and air leaks.

A Cape Cod is a story-and-a-half design. Most Capes have second-floor bedrooms featuring 4-foot kneewalls and two sections of sloped ceiling. The sloped ceiling sections usually rise to meet a narrow horizontal ceiling in the center of the house. Most Capes have triangular attics behind the second-floor kneewalls and a tiny third-floor attic that is too cramped to stand up in.

What’s wrong with a Cape?

The basic problem with a Cape is that most examples have a poorly defined thermal boundary.

Should the triangular attics behind the kneewalls be considered indoor space or outdoor space? From a building science perspective, the answer is clear — these attics should be inside the home’s thermal boundary. However, most builders don’t have the foggiest idea where the thermal boundary in a Cape belongs. That’s why builders and homeowners are always scratching their heads when they contemplate where to put the insulation in a Cape.

Most Capes are lightly framed. It’s not unusual to see 2x6 (or even 2x4) rafters. Light framing only complicates insulation decisions, since there is rarely enough room between the rafters to install code-minimum levels of insulation. Because it’s hard to insulate the area behind a kneewall, almost all Capes leak a lot of heat at the eaves — a recipe for ice dams.

The right way to insulate it

The triangular attic behind a kneewall needs to be within the home’s conditioned space. That means that the insulation needs to follow the roof line. Unfortunately, it’s really hard to retrofit insulation along the roof line of an older Cape. To do this work, you need to have access three areas: (1) the cramped attics behind the kneewalls, (2) the rafter bays behind the sloped ceilings that are probably finished with plaster or drywall, and (3) the tiny third-floor attic. Working in all of these areas is difficult.

I highly recommend contacting a professional insulation company when trying to insulate a Cape Cod home. Home Environment Solutions has the experience and the know how to get the job done right.  Call today!

Back to Previous Page
Back to Technical Papers

We serve the following areas 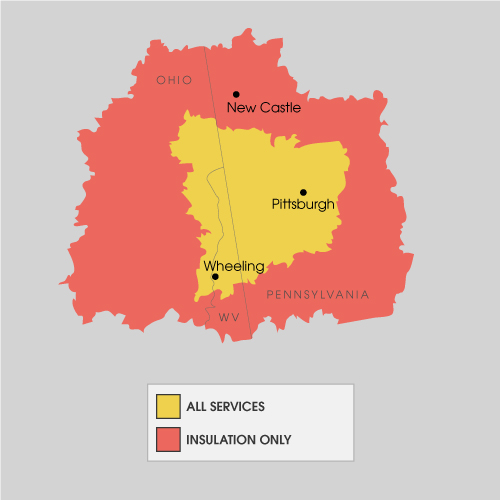